“Your house is your larger body. It grows in the sun and sleeps in the stillness of the night; and it is not dreamless.”
Kahlik Gibran, The Prophet (1923)

The term Home automation is becoming an almost everyday term, known and used to refer to a structure where the components of the traditional system which involve electricity (lights, wall sockets, intercom, alarm system, motorization, air-conditioning, gates etc.) “communicate” with each other by using a common language and, in so doing, interact.

The home automation aims at helping us to control the house efficiently, by simplifying our everyday procedures, but still remaining easy to approach.

Our solution uses the standard KNX, which is the “language” used by the system components to communicate. KNX is approved as an European Standard (EN 50090 – EN 13321-1) as well as an International Standard (ISO/IEC 14543) and its peculiarity is that it is free, that is to say there is no manufacturer dependency.

FEATURES OF THE SYSTEM 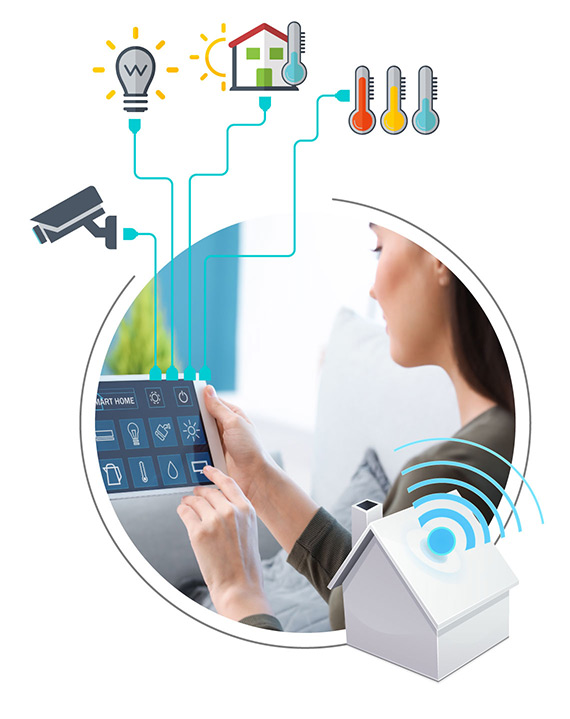 KNX: the worldwide standard for home and building control

An additional degree of freedom is provided by the use of Control4, which is a small control unit provided with a graphic interface, able to coordinate the multimedia devices (television, decoder, surround sound system, projectors) as well as to integrate the KNX devices and much more. You can easily integrate everything: cameras, gates, antitheft, lighting, sound diffusion, irrigation, heating, automatic phone dialers, motorized shutters, powered doors and windows, etc.; in the same way and with the same easiness, you’ll be able to control the whole house both with a unique remote control and the graphic interfaces available on the tv and by means of a smartphone, tablet or a compatible tactile display.

Last but not least is the voice control, where a simple voice command such as “goodnight”, allows to close the powered door locks and motorized shutters, to insert the night alarm, to switch all the lights off and to lower the heating setpoint. Using the Voicepod app, allows you to send customizable voice commands from your own tablet or smartphone to Control4, which is able to recognize and elaborate them.

Features of the home automation system:

Freedom and wide range of choice:

more than 300 KNX producers, thousands of drivers for the integration of devices to Control4. Amazing custom-tailoring of the system.

it’s possible to expand the system little by little.

to change what a switch “activates” doesn’t require any changing in wire harness.

For support or more information

Such a system needs to be predisposed from the very building of the house?

This is the best solution to take advantage from all the benefits which are at your disposal, but you can also modify an existent system and integrate it little by little.

Such a system needs to be predisposed from the very building of the house?

This is the best solution to take advantage from all the benefits which are at your disposal, but you can also modify an existent system and integrate it little by little.

If you’re not interested in controlling lights, shades, etc. you can always install Control4 only, thus controlling the multimedia area (Tv, decoder, air-conditioners with IR, home theater, IP cameras, web radios) with a mobile device or with the voice.

What does “Sceneries” stand for?

Sceneries are the set of actions that the house executes in relation to an event, for instance: 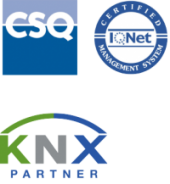